This is a decadent dish that is perfect for a cool autumn evening. 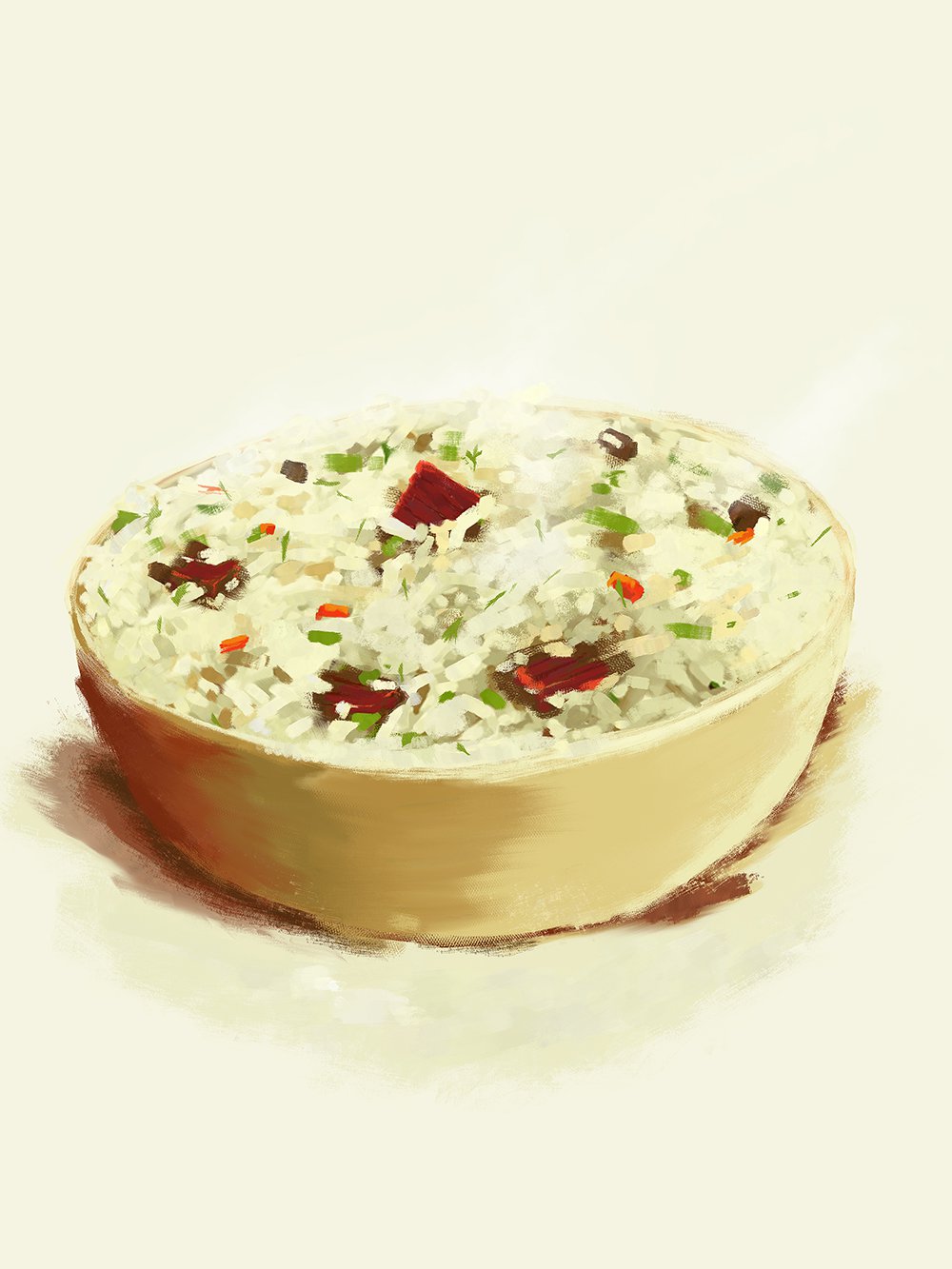 “Arroz Carreteiro” (Carter’s Rice) is part of the history of Rio Grande do Sul (a state in the south of Brazil). The recipe came when traveling merchants crossed the region in ox-drawn carts in the past. The Carter used a lot of sun meat on his menu, which in the south of the country is known as “Charque”. In addition to being abundant at the time, it remained preserved during the many days of travel. Carter’s Rice was born out of necessity, as they needed a practical, easy to prepare and very nutritious food to replenish energy. The Carter’s travels through the wild grassland paved the way through the forests and open fields and were the most efficient means to populate the province of St. Pedro from Rio Grande do Sul, which with the proclamation of the Brazilian Republic in 1889, came to become the state of Rio Grande do Sul. This recipe fell into popular taste and became an icon of regional cuisine and is now appreciated all over the country.

Carreteiro: Occupational name given to one who transports goods by cart or wagon.

Charque: Dehydration process is very similar to that of dried meat. The difference is in the amount of salt used. It is much more salty and has a firmer texture. The Charque is prepared with meats that are very fatty, usually the front cuts of the ox. The pieces are salted and taken to rest for a long period. After dehydration, the meat is taken to dry and remains for about 10 days. As it is considered a more salty type of dried meat, it can be replaced by any type of dried meat.

Get the latest news first.

You have Successfully Subscribed!